This is an exceptionally tumultuous year. As the pandemic has made injustices more visible and brought important issues to the surface, activists, politicians, and other segments of the public have responded broadly and created a new momentum for change.

To support this momentum, the Stone Center on Socio-Economic Inequality at the Graduate Center, CUNY, and The Graduate Center’s Office of Public Programs, through its Promise and Perils of Democracy project, funded in part by Carnegie Corporation of New York, organized a three-part Coalitional Democracy Conference, which took place on October 2, 2020. It featured the voices of academics, activists, politicians, journalists, and clerics on the how-to of democratic change at this crucial moment in history. They passionately discussed the theory and practice of coalition formation for advocacy organizations, political parties, and social movements. Here we present you with the highlights of Panel 2 of the conference. You may watch the video below.

Professor John Mollenkopf from the Political Science program at The Graduate Center, CUNY moderated the second panel of the Coalitional Democracy Conference on coalitions and political parties. He set the stage by describing the particularities of the two-party system in the U.S., which make it difficult to forge majority coalitions in a period of deep elite polarization and latent conflict between social and economic groups, perhaps especially within the Democratic Party. The panelists addressed the two-party system’s structural constraints on advancing liberal causes, conflicts over political power at the city level, and the negotiation of political differences within parties.

Paul Frymer, a political science professor at Princeton University, began by distinguishing advocacy organizations and social movements from political parties, which wield a high degree of institutional power. But, to wield this power, political parties have to win over majorities, which forces parties to court the “median voter” — often understood to be a center-right, white voter in battleground states (think soccer moms and racecar dads). While not necessarily accurate, this “median voter” construct crucially tilts national electoral strategies in a conservative direction. So what are prospects for change? To wait for generational or demographic change to naturally take their progressive course is foolhardy, he argues. Donald Trump is backed by a powerful minority that will not go away. Promising strategies include focusing on House seats (conventionally ignored as relatively powerless) and developing candidates and mobilizing broadly earlier in the electoral cycle.

Professor Andra Gillespie from Emory University talked about her new book, Race and the Obama Administration, which charts the administration’s progress in addressing issues of concern to Black Americans, an often taken-for-granted constituency. Gillespie found that President Obama kept the same share of promises to Blacks as he did to many other groups in the Democratic coalition. But his executive orders affected Blacks more positively than those of prior administrations, as did Department of Justice initiatives. Also, while large gaps in health insurance decreased for Blacks, and racial life expectancy and some education gaps declined, racial economic gaps did not change. Gillespie emphasized that a president in power cannot act alone, and that the divided Congress imposed limitations on what Obama could accomplish. “Eight years of a Black presidency cannot be expected to reverse 400 years of racial oppression,” she said. 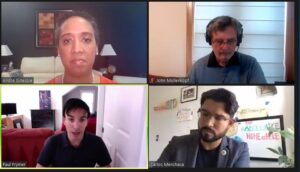 New York City Council Member Carlos Menchaca represents a Brooklyn district with a significant share of immigrants from diverse backgrounds as well as low-income and housing-insecure individuals. The district also sits on the precious New York City waterfront. He discussed the importance of mobilizing people to participate in the government decision-making process through participatory budgeting, for instance, in order to both fend off the influence of entrenched power holders from outside the district, such as government agencies and developers, and to address the immediate day-to-day concerns of residents. He argued that, contrary to elite claims that political power is finite and zero-sum, grassroots power can grow and beget more power. If the state and federal governments were to devolve more decision-making power to the local level, more people could be invited to participate and help enact policies that benefit the majority of local residents rather than outside interests.

Nelini Stamp is the national director of strategy and partnership at the Working Families Party (WFP). The WFP is built on a coalition of labor, community organizations, social movements — which have grown considerably in the past 10 years — elected officials, and other individuals who do not currently have a political home in either of the two main parties. With this diversity, it is essential to allow for differences in opinion and to struggle to gain consensus on tough policy issues (e.g., defunding the police) while also holding the line on certain goals (e.g., ending white supremacy). The WFP has been very successful in just the past few years in building a nationwide base that challenges the Democratic Party to reverse its focus on issues of concern mainly to white, liberal, middle- and upper-class professionals. Stamp also discussed what it means to strive for co-governance rather than simply “accountability,” and consequently how mainstream politicians are trying to limit the WFP’s growing power in places like New York. 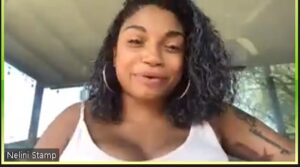 View Panel 1 here, and Panel 3 here. For more videos of the conference or other topics, please visit CUNY’s YouTube channel.